The question of feedstocks ultimately defines the success of a biofuel, on whatever metrics it is to be judged. The nature and origin of feedstock can dictate price, scalability, and sustainability. However, they are often seen as an afterthought by biofuel purchasers –  particularly in the realm of second generation or advanced biofuels.

There are important distinctions that we need to draw between feedstocks in order to elevate the current, contentious debate around these fuels’ environmental impact.

A feedstock is, in essence, the raw ingredient used to create a biofuel. These biomass building blocks sit at the start of the process, while buyers sit at the other end. It is thus understandable that the first questions they ask will cover the end-product fuel, rather than how it is made.

Yet, it is critical that organisations throughout the production value chain ask the difficult questions surrounding feedstocks. It is only through abundant, sustainably sourced feedstock that biofuels will be able to meet their full decarbonisation potential – and efficiently support the transportation and logistics sectors on their journey to net-zero.

Traditional, first-generation biofuels use crops as feedstock. The use of crops – be it traditional food crops, or specialist crops planted especially for biofuel production – means that first generation biofuels can have serious implications on food supply and land use, harming biodiversity and, in some cases, accelerating deforestation. Furthermore, their price will often be dictated – either directly or indirectly – by highly volatile grain commodity markets. The current geopolitical situation with Ukraine and Russia is a case in point.

Second-generation biofuels steer clear of these limitations by using waste rather than crops as feedstock. They serve as a sustainable fuel source that does not contribute to deforestation, damage habitats, or threaten food security.

The most widely available second-generation biofuel currently on the market is Hydrotreated Vegetable Oil (HVO). HVO is derived from waste vegetable oils and animal fats, which are difficult to collect at scale and which – under even the most optimistic projections – could not replace a significant amount of fossil fuels.

Europe and the UK are pouring 17,000 tons – or about 19 million bottles – of used cooking oil (UCO) into car tanks every day, even though prices are up to 2.5 times higher than before 2021, based on analysis by campaign group Transport & Environment. This has contributed to vegetable oils showing the highest price increases amongst all food products globally, even before the war.

In fact, the International Council on Clean Transportation (ICCT), argues that biofuels derived from used cooking oil and certain animal fats should be phased out as they are “associated with increased food prices and indirect emissions”, as well as high fraud risk.

Yet, widely available and more socially and environmentally responsible feedstocks can solve these problems. A clear contender is lignocellulosic waste.

Lignocellulosic biomass is a plant or plant-based material which is the most abundant raw material on earth. Much of its waste is not used for food.

Lignocellulosic waste can be derived from sectors such as manufacturing, construction, agriculture, and forestry. It can include the residue, shavings, and waste which are not used when creating a flat packed cabinet or doorframe, or olive pips and almond shells that are removed from processing agricultural products and which would otherwise be discarded or incinerated.

According to a recent study by consulting firm McKinsey, new advanced feedstocks will be necessary to meet the growing demand for sustainable fuels. In its analysis of fuel demand by feedstock type, the study finds that lignocellulosic waste will account for a third of sustainable fuel feedstock by 2040.

The vast amount of hydrocarbon liquid fuels currently used by maritime, road, and air transportation – as well as the fuels used by agriculture, heavy industry, mining, generators for remote operations or back up power in other sectors – means meeting this demand is no small task.

The transport sector in the EU accounts for around 33% of final energy consumption. This corresponds to 353 Mtoe. It is thus fair to ask whether there is enough sustainably-sourced waste to power a second-generation biofuel revolution.

Based on an Imperial College research published in August 2021, the answer is yes. The study, which applies the sustainability criteria defined by the European Commission under RED II, estimates sustainable biomass availability in Europe in 2030 and 2050 under three scenarios. These can be roughly summarised as: Low (business-as-usual); Medium (improved forestry and cropping management practices); and High (the medium scenario plus advances in research and innovation). The study found that 0.98 to 1.2 billion dry tonnes (392 to 498 Mtoe) can be available in 2030 and 1 to 1.3 billion tonnes (408 to 533 Mtoe) can be available in 2050.

From this, the estimated amount available for bioenergy ranges from 520- 860 million dry tonnes (208-344 Mtoe) in 2030 and 539 -915 million dry tonnes (215-366 Mtoe) in 2050, which the study argues is more than sufficient to supply feedstock for bio-based liquid fuels to aviation, maritime and a share of road transport. Furthermore, even bigger potential than the one estimated can be expected, should algae and other sustainable biomass feedstocks currently under review be added.

With the conversion efficiencies we can achieve at XFuel, this would be enough for us to produce an estimated 225-382 billion litres of sustainable drop-in diesel fuel. To put this in perspective, this is approximately the entire consumption of diesel/gasoil in the EU per year, which stood at 280 billion litres in 2021.

It would be short sighted to suggest that there is a single unified answer to the world’s decarbonisation problems. Yet it is clear that advanced fuels must play a core role in that journey, allowing road vehicles, ships, and planes currently in operation to quickly decarbonise.

And while lignocellulosic waste may be available in large enough volumes, we must establish the adequate channels to mobilise it. We must also remain extra vigilant with regards to traceability, ensuring feedstock is ethically and sustainably sourced. Here, local regulation plays a crucial role. Just recently a BBC investigation found that Drax – the company that runs Britain’s biggest power station and which has received billions of pounds in green energy subsidies – is cutting down primary forest in Canada for its wood pellets.

There is no single answer to guarantee the sustainability of feedstock. Beyond local regulation, independent audits, the Renewable Energy Directive, referring to the Roundtable on Sustainable Biomaterials (RSB) as well as ISCC EU and ISCC PLUS certifications are a good place to start.

The critical role of feedstocks in ensuring the commercial practicality and sustainability of a biofuel at scale cannot be understated. Fuel suppliers must view these metrics as sustainable KPIs for biofuels to meet their potential, and rapidly accelerate decarbonisation. Lignocellulosic biomass waste from the agricultural, manufacturing, and construction sectors can comfortably meet this challenge. 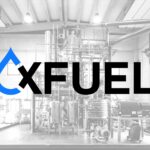 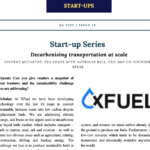